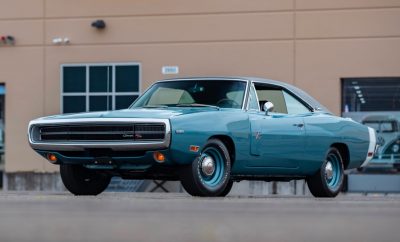 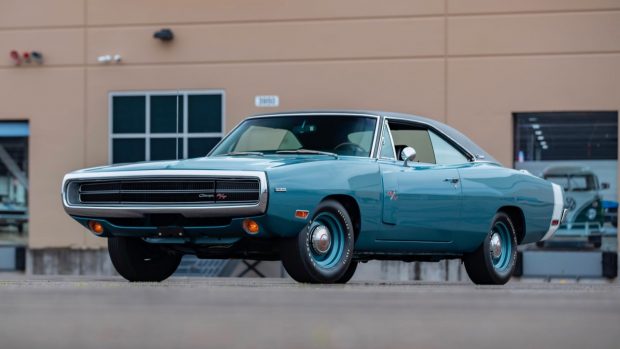 The body styling of this example slots into the second generation of Dodge Chargers from 1968-1970. This particular example was built in the St. Louis Chrysler plant, October 1969.
The Charger rolled out to the factory with a genuine 426/425 HP V8 Hemi engine, TorqueFlite automatic transmission, dual 4-barrel carburetors, and the A36 Performance Axle Package with 3.55 gears.

Noting just the engine, the Charger is 1 of only 124 Hemi Chargers made in 1970, but the addition of the B3 Light Blue Metallic color, makes it 1 of 1. The blue color scheme is accented with a white bumble bee tail stripe, accompanied by a black interior and the very vintage-looking wood dash. The car also sports those 1970 only accompaniments such as the R/T door scoops, and C-pillar logos. 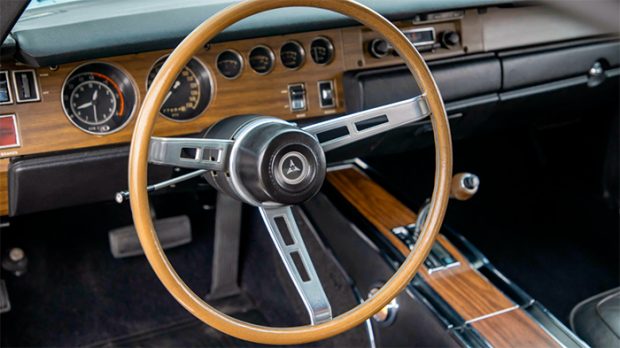 The listing also mentions the car has been treated to a full rotisserie restoration, but doesn’t mention anything else about its back history. However, the car does come with two broadcast sheets and the original window sticker. The Charger is also numbers matching and is clearly in concour-like condition. 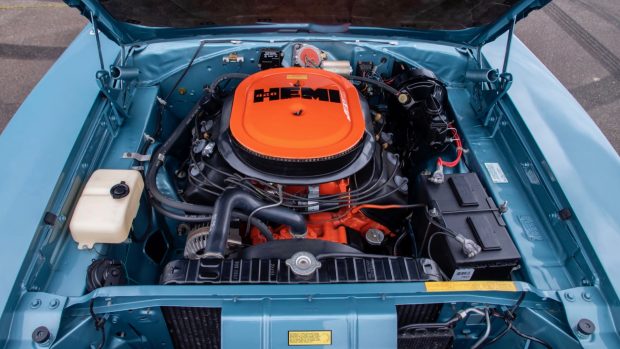 However, the final price once the car has gone under the hammer, can vary widely from online predictions. One thing is for sure, the Dodge Charger is one of the better-known muscle cars, which will continue to increase in value. With this in mind, this particular example of a Dodge Charger is well worth a second look.