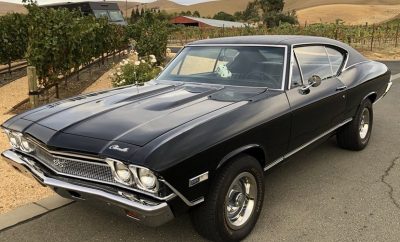 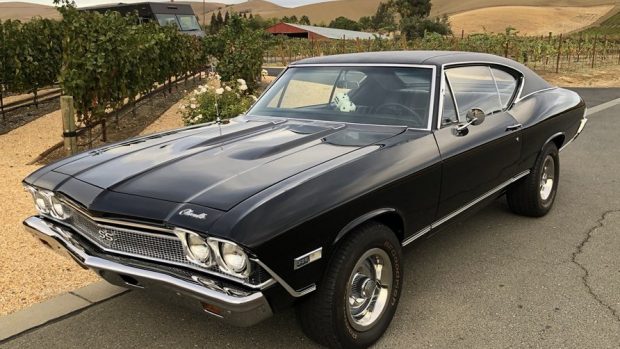 Muscle cars have always been collectible assets, well….sort of. From the golden era of the 1960s and early 1970s to the present day, there have always been standout examples. Current muscle car valuations continue to increase, and with the latest news of Dodge turning electric in 2024, gas-powered engines are bound to become more scarce and collectible.

The next 5 to 10 years is going to be a very surreal time for V8-powered muscle cars. Whatever happens with legislation, cars that are powered by the good old tried and tested dinosaur juice, will slowly disappear off the roads. This most likely will mean people will be offloading their gas-powered vehicles for those battery-powered thingies. This might include the classics, as it will simply cost more to own and run the things.

According to Hagerty’s pricing index Jan. 2011 was the lowest value point of muscle cars in the last 10 years. Current muscle car values seem to be the highest. The coronavirus years saw a slump in muscle car values, with 2021 bringing everything back up to speed. We recommend keeping an eye on Haggerty’s index and the values of certain models in the coming years. This along with car price listings in general. 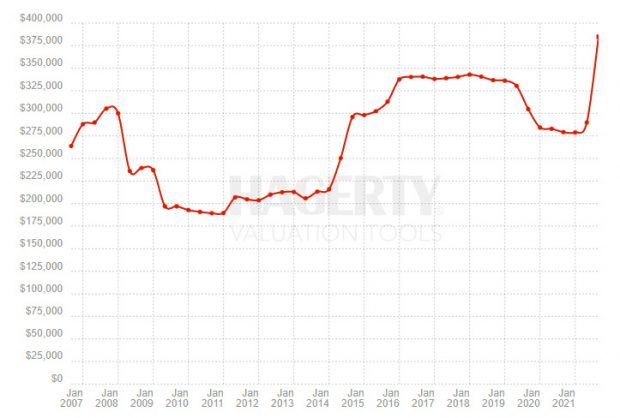 If we eerr on the idea of muscle cars steadily increasing in value long-term, what are the choice picks you may ask. This will depend on if you fancy an old classic or a more recent model. Limited editions and rare option models are a good starting point, but not always set in stone.

There always has to be a good deal of demand for certain makes and models for their value to constantly increase. If you own a vehicle that is only one of 5 examples on the planet, but nobody wants them, it’s worthless (…that’s until somebody makes a FaceTube video about them, then the price skyrockets).

The more well-known, rare optioned makes and models of muscle cars usually perform the best over time. The 2018 Dodge Challenger SRT Demon was one of the most recent, high-profile, modern collector’s items with only 3,300 models produced. With over 840HP, the Demon has instant street cred. if nothing else. The original sales price of the Dodge Demon was $84,995 MSRP. In 2021, the value of a Dodge Demon is now around $120,000 to $140,000.

Another example is the Cadillac CTS-V Wagon. It may be a fancy station wagon with a V8 engine, but it packs 556HP, and there were only 514 stickshift models ever made. You can pick an example up today for roughly $50,000, with values likely to increase over time.

You can judge this era from roughly 1968-1974. The current stars of this period go to Hemi Cuda convertibles, increasing in value by 79%. 1970 Buick GS455 convertibles have risen 20% in value, along with 1964 Impala SS 409 convertibles rising by 52%. The commonality here is convertibles as they were made in far fewer numbers.

Other makes and models are slowly increasing in value, including likely candidates like the 1967-69 Chevrolet Camaro SS and 1968-67 Dodge Charger R/T’s. The former went up 14% and the latter increasing by 28% in value.

If we stick with the criteria of the more well-known, limited edition/options, and obviously coolness factor, there are plenty of muscle cars to choose from in the classic era. A 1974 AMC Javelin AMX coupe with a 304cid V8 is not the most obvious choice, but for fans, a highly collectible model.

You can’t go wrong with a 1968 Chevrolet Chevelle SS or even a 1970 example for sheer brutishness. The Chevelle SS is more than just an investment piece. It represents an example from the height of the golden muscle car era – huge displacement, and sheer raw fun.

Other examples to keep an eye on include the 1969 Ford Mustang Mach 1 Super Cobra Jet, the 1969 Chevrolet Camaro SS, 1970 Plymouth AAR ‘Cuda, 1967 Chevrolet Camaro RS/SS, 1970 Chevrolet El Camino SS(basically a Chevelle SS with more fun at the rear), a 1965 Chevrolet Chevelle Malibu SS, and a 1971 Chevrolet Corvette. All these examples are slowly rising in value.

We obviously can’t forget the numerous Ford Mustang, which may be the easiest to get hold of in its basic model form. The Mustang is probably the easiest entry point to collecting classic muscle/pony cars, but just make sure you buy a well-maintained example, with ideally a complete history, and something like a Marti Report to prove its authenticity.

Which muscle car should I pick?

Ultimately, a muscle car investment will come down to your current budget, then which one tickles your fancy. With a little research from our humble little website and the likes of Haggerty, you can quickly get an idea if a certain muscle car is going to keep climbing in value.

The examples above will give you a good start point, but you still have to do your own research, especially if you want a snag a low-cost example.