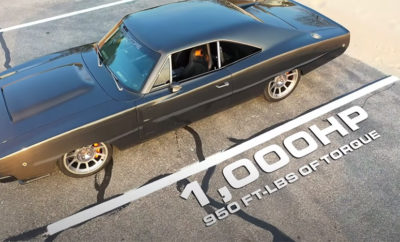 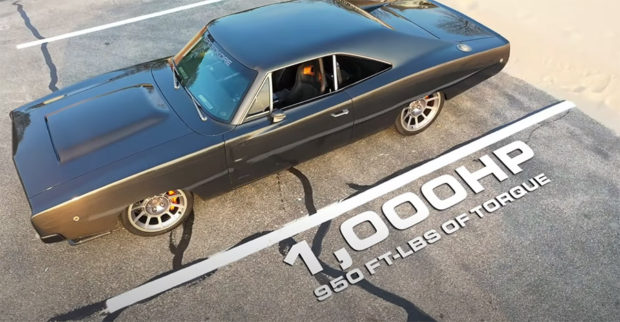 The automotive wizards over at SpeedKore Performance Group have meticulously built a custom 1968 Charger for Stellantis Design Chief Ralph Gilles, titled, the ‘SpeedKore Hellucination.’ This vehicle is no ordinary custom build, being lavished in carbon fiber, while the engine comes in the form of the 1,000HP Hellephant V8.

The ‘Hellephant V8‘ is a limited run, crate engine setup released back in 2018/19. Along with the 426ci/7L aluminum block capacity, the engine can also produce 950 pound-feet of torque, linked to a ZF 8-speed automatic transmission. Stopping power comes from Brembo 6 piston brakes up front and dual four-piston brakes at the back.

The bodywork has been treated to perimeter reinforcements along with a roll cage. Plus, the carbon fiber parts come in the form of floor pans, wheel tubs, and the hood. The interior was also designed by SpeedKore with Gabe’s Custom Interior seats, Race Quip four-point harnesses, and RestoMod Air/SpeedKore Custom controls.

Reading between the lines, a custom-built Dodge Charger for the new design chief of Chrysler, Dodge, Jeep, Ram, Maserati, and Fiat Latin America is a positive sign. Favoring a classic Dodge Charger above all other classic vehicles by the design chief could be an indication of future Dodge models being prioritized. We hope this is the case over at our end.

Check out the full specs. of the Charger here – https://speedkore.com/helllucination/