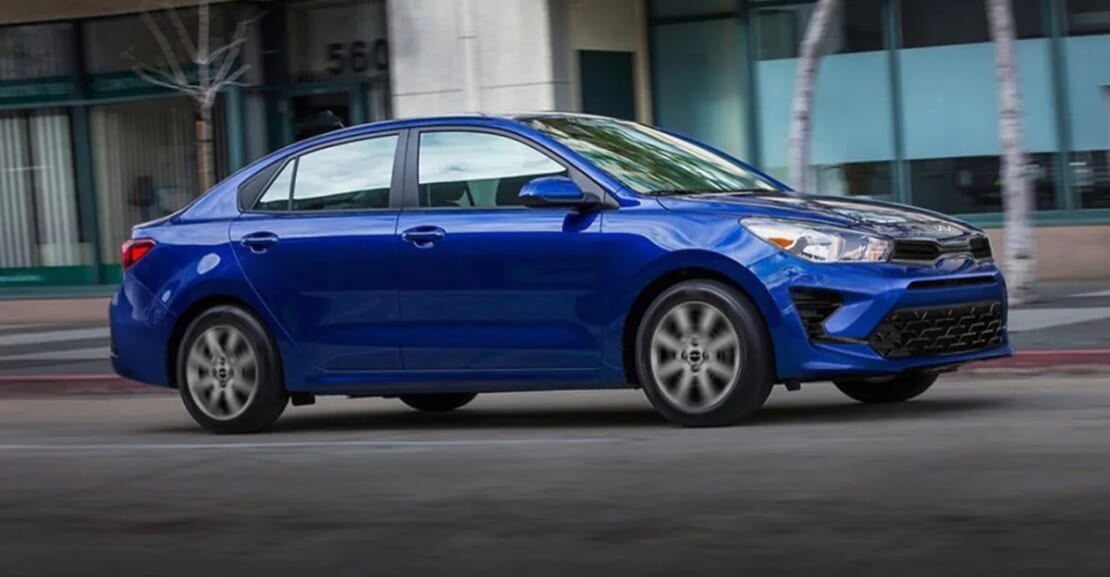 In a year when the average new car sells for over $48,000, there’s an undeniable charm to a car you can buy three of for that price. But the most affordable cars are also the most endangered.

Hence, the competition to build the least expensive new car is shrinking. Chevrolet earlier this year put the last champ — the 2022 Chevy Spark — out to pasture. Hyundai walked away from its subcompact Accent for 2023 as well.

That leaves the title just barely in the hands of the little 2023 Mitsubishi Mirage, with its $16,245 sticker (plus $995 destination and handling).

The 2023 Kia Rio won’t quite give it a run for that little money. But it’s close.

We’re still awaiting an update on the other subcompact car that might make it into 2023, the Nissan Versa.