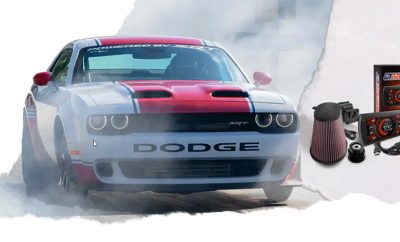 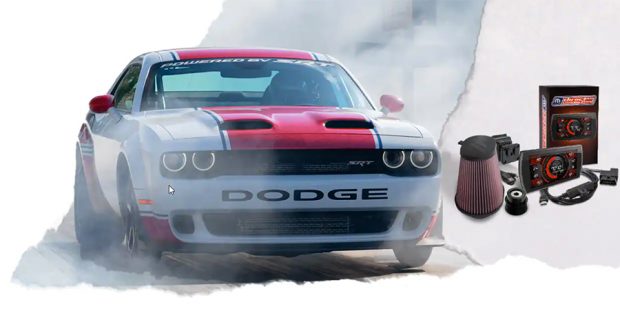 Dodge recently announced their Direct Connection performance parts program. The program originally started in 1974, lasting until 1987, when it was then rebranded to Mopar Performance Parts. The re-emergence of the program was due to Dodge seeing the imbalance in the Mopar program between vintage and new parts. Newer vehicles such as Hellcats, Scat Packs, and Redeyes are the modern focus for modifications. Plus, the aim is to bring aftermarket parts back in-house.

The business model is quite simple according to Dodge CEO Tim Kuniskis. The aftermarket parts industry is a $23 billion sector. This is clearly evident by all the offerings available at the annual SEMA show. Thus, Dodge wants to be a bigger part of the party, while also offering the highest quality parts available.

The other side benefit is to extend the life of current vehicles after electrification comes in. Service and maintenance departments will also have extra revenue streams as maintenance revenue is likely to drop with the increase of electric cars. The Dodge Power Brokers program will train and certify certain staff at dealerships to ensure high standards. Any vehicle that is upgraded at a Power Broker will be treated to a three-year/36,000-mile new vehicle warranty and a five-year/60,000-mile powertrain warranty.

Direct Connection has identified gaps in the muscle car aftermarket world. Across the board, there has been a lack of transparency and quality from one supplier to the next. Plus, if something goes wrong, the average Dodge dealer may not be able to fix the parts, which hurts customer experience. Therefore, all Direct Connection parts will come with a warranty and fit snugly into current emission standards.

Although the full catalog hasn’t been revealed as yet, tuning kits are available. For instance, the Direct Connection Tuner allows users to download 50-state legal tunes directly from Dodge. The tuner links directly with various ‘kits’ depending on the model.

For example, the Pre-Stage Kit ups the power by 5 HP in Redeye and Hellcat models, while adding a new air cleaner and thermostat to the Redeye. The Stage 1 Kit increases the power of the Challenger Hellcat to 757 HP and 696 lb-ft of torque with a 3.17-inch supercharger pulley from the Hellephant crate engine. The Redeye Stage 1 Kit increases power to 840 horsepower and 770 lb-ft of torque in high octane mode, with the addition of new software. Redeye models also have the choice of the Stage 2 Kit, which borrows the Hellephant pulley to increase power to 885 horsepower and 787 lb-ft. of torque.

The above kits are just the starting point. Everything from cylinder heads to Hellcat front fascias will eventually be available. A Challenger Drag Pak racing chassis will also be available. This non-street legal setup will allow customers to build their own drag racing machine, with the capacity to drop in the likes of a Hemi crate engine or a 1000 HP Hellephant 426.

If anyone is concerned the new upgrades can’t be handled by the Dodge powertrain, Dodge has been building their machines for years to take 900 horsepower. So, there’s plenty of room for expansion.

With the slow onslaught of electric vehicles, it may seem counterintuitive to introduce such a program. However, with so many Dodge vehicles out there roaming the streets, there will now be plenty of opportunities now to keep them going for years.