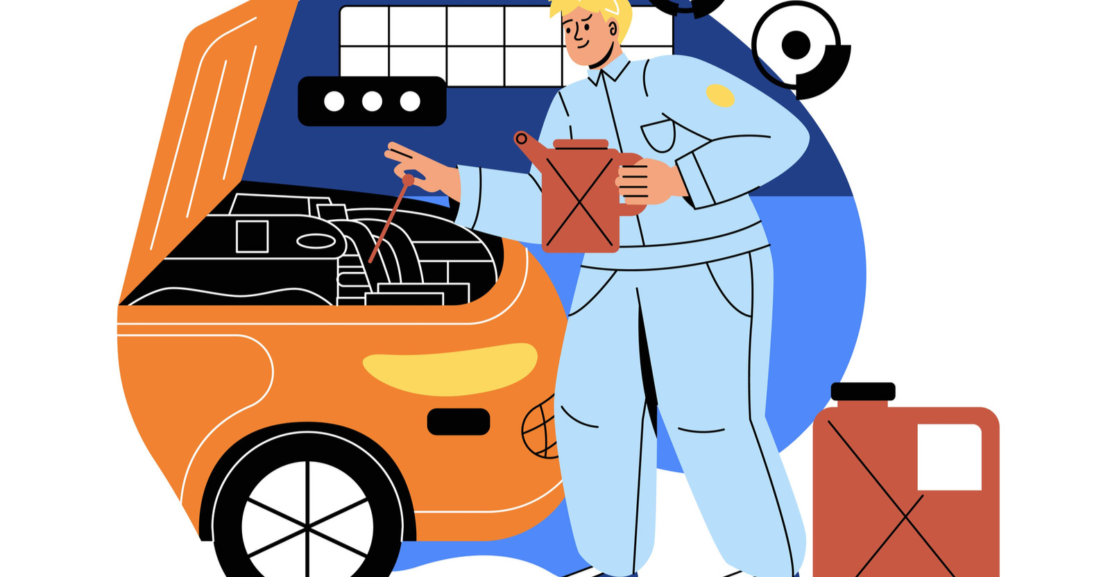 If you’re the kind of person who drives their car until saying goodbye feels more like a mercy killing than retirement, you’ll have to replace the drive belts at least once. However, most car owners aren’t familiar with drive belts regarding their purpose, care, or replacement. From the differences between drive belts to the symptoms of a bad one, we’ve got you covered.

What Are Drive Belts? Serpentine Belt vs. Timing Belt

Most modern, fuel-powered cars have two drive belts, the serpentine belt and the timing belt.

The timing belt opens and closes engine valves in conjunction with a vehicle’s pistons and allows the crankshaft to turn the camshaft. To simplify things in a way that would pain a mechanic, the crankshaft and camshaft are the foundation of your car’s engine. Together, they ensure that the engine correctly goes through the intake, compression, power, and exhaust strokes, enabling your car to operate smoothly.

The serpentine belt powers various engine components, including your alternator, power steering pump, air conditioner, and more. Simply put, your serpentine belt powers many of your car’s functionally necessary and quality-of-life features (for example, your alternator charges your battery and other electrical components such as infotainment systems).

Long story short, there is no “timing belt versus serpentine belt” comparison – they may work together, but both serve distinct functions. Your drive belts are instrumental to your car’s longevity – without them, you aren’t going anywhere fast. To be precise, you’re going nowhere at all.

Do All Cars Have Drive Belts?

Not all cars have drive belts. Before timing and serpentine belts became standard, many older cars used timing chains and V-belts. Most brands have entirely transitioned away from V-belts in favor of serpentine belts. However, some brands, like BMW, still use timing chains instead of belts for many makes and models – check your owner’s manual if you need clarification on whether your car uses a belt or a chain.

How Often Do I Need to Replace My Timing Belt?

How Do I Make My Timing Belt Last Longer?

Timing belts are pretty hardy – they usually don’t need any explicit maintenance. That said, if you want to extend the lifespan of your timing belt, ask your mechanic to look at the surrounding components – the tensioners, water pump, and belt path pulleys – when you bring it in for routine servicing. These parts sometimes wear out more quickly than the belt itself, and keeping them in good condition (or replacing them with newer, more efficient components) can help the timing belt itself last longer.

You may want to ask your mechanic to take a look at your timing belt if:

Your owner’s manual should tell you how long the drive belts that came with the car will last – once you get within 5,000-10,000 miles of those limits, ask your mechanic to check your drive belts whenever you bring it in for service. They may charge a few bucks extra for the time spent, but considering how costly drive belt repairs can be if they break, better safe than sorry! If your car shows any symptoms of a bad timing belt, take it in sooner rather than later.

How Often Do I Need to Replace My Serpentine Belt?

Like timing belts, a serpentine belt may have a longer or shorter shelf life depending on the vehicle, but most will last around 90,000-100,000 miles.

How Do I Make My Serpentine Belt Last Longer?

You may want to ask your mechanic to check your serpentine belt if:

Like timing belts, it’s a good idea to start checking on the health of your serpentine belt if your car shows any bad serpentine belt symptoms and/or it’s reaching its expiration mile.

There you have it! A rundown on what exactly your drive belts do, how to tell if they’re going bad, and the cost of replacing one (or both). In the market for more auto tips and news? Stay tuned!