How Much Harder are Classic Muscle Cars to Drive Than Modern Ones? – Muscle Car

Car Deals Near You > Research > Uncategorized > How Much Harder are Classic Muscle Cars to Drive Than Modern Ones? – Muscle Car

How Much Harder are Classic Muscle Cars to Drive Than Modern Ones? – Muscle Car 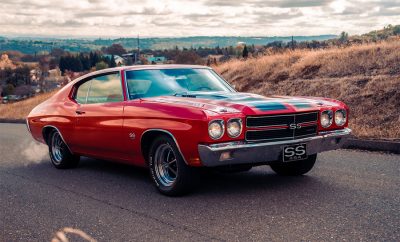 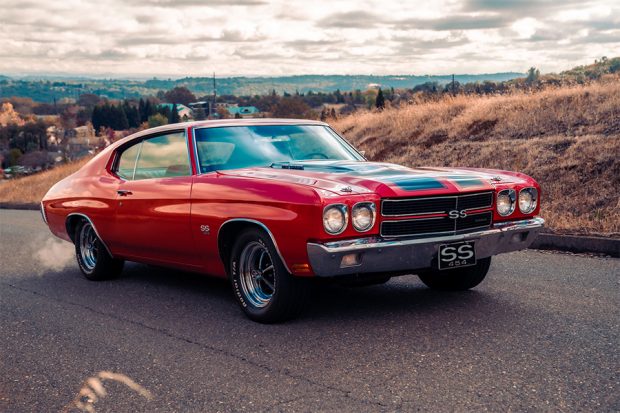 Fans of the UK Top Gear and the famous trio Hammond, Clarkson, and May will have watched the recent The Grand Tour series, which features an episode starring American classic muscle motors. The three motors chosen had outrageous engine sizes and an even bigger chassis surrounding them – typical classic American muscle motors.

The trio decided to go for the biggest muscle automobiles they could find, but that doesn’t always define an American muscle motor, especially modern ones – but the bigger they are, the harder they are to drive. That begs the question, how much harder are classic muscle vehicles – typically, they’re much bigger – to handle? Let’s explore.

The classic American muscle motor is iconic – one that has featured in many rappers’ music videos and famous films over the years because they hold that much of a status symbol. You’ve got the Pontiac Trans Am featured in Smokey and the Bandit and the classic Ford Mustang in Bullitt. They roar to life with power, and most people expect them to come with at least a 6L V8 as standard.

Whether it’s turbocharged or not, the sound of a 6L V8 engine in a classic American muscle motor commands respect, and boy did the people of the 60s and 70s respect the American muscle automobile. The classic muscle car era with engine power ended in the 70s when the American Clean Air Act came into fruition.

Arguably, the most iconic classic American muscle automobile is the Dodge Challenger – a motor still produced in modern versions today. Then you have the likes of the Ford Mustang – again, still made today – Chevrolet Camaro, Plymouth Road Runner, and the Pontiac GTO that also dominated the roads.

What’s more, you can still get your hands on one of these motors today, but you’ll have to seek insurance for a classic car tailored towards the make and model of your motor. Indeed, some companies have relatively strict parameters which define a classic car: age, mileage, manufacturer, for instance. All these things make the financial commitment to owning, running, and maintaining a classic car tangible, more than just the beauty of owning these kinds of cars. However, when you’re on the road, you only have one question: are they easy to drive? Read on to find out.

Everyone can appreciate a classic American muscle car, but there’s something about a modern American muscle car and the sheer power they contain that the old-school models can’t beat. Take the Ford Mustang GT, for example – the model is miles quicker than the original Ford Mustang. Technology has taken the old-school principles and given them a modern twist of unrelenting power.

Thanks to games like Need for Speed and films like Fast and Furious – the modern-day American muscle car has a different sort of status symbol. It’s a status that’s souped-up and ready to attack, compared to the classic American muscle motor that dominated the roads with its size and sound rather than speed.

Here are some of the most popular modern-day American muscle cars that you might like to get your hands on:

When shopping around, you’ll notice many manufacturers have approached building modern American muscle cars with a view of the quicker, the better. Plus, you won’t catch a modern American muscle car with less than a V8 engine. The 2022 Ford Mustang GT, for example, has a 5.0L Ti-VCT V8 with port fuel injection that produces 460 bhp. Classic car manufacturers had the mindset that the bigger, the better.

So, How Much Harder Are Classic Muscle Motors To Drive?

Plenty of auto blogs online details the difficulty of driving a classic American muscle motor. Hot Cars, for example, says that driving an old-school American muscle motor is more about a statement than a physical experience. The bigger classic cars are hard to drive because of the size of the chassis and have terrible fuel consumption. Smaller classic automobiles also have the same fuel consumption problem and a size problem of a different variety – there’s not enough room inside them.

You’ll also find that it’s harder to insure a classic car. They have such a high value, and spare parts are hard to find, making them less appealing to insurance providers. You can also forget modern luxuries like air conditioning, electric windows, and seat warmers. Typically, a classic motor is much harder to drive because of old technology and mechanics – but that doesn’t mean they’re not excellent to be behind the wheel and driving.

Both classic and modern American muscle motors have their pros and cons. Both types are expensive, they can be hard to drive, and both are hard to maintain. But that doesn’t make either a classic or a modern model any less fun to drive. There’s just something about sitting behind the wheel of an American muscle car – whether old or not – that any other motor can’t replicate.