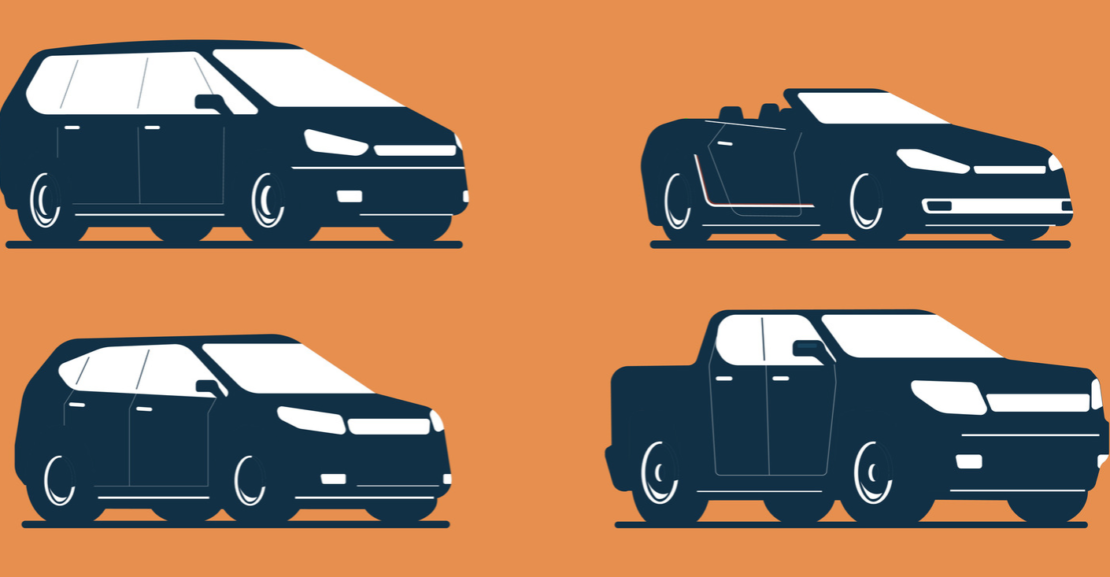 A study by the Insurance Institute of Highway Safety found that SUV and pick-up truck drivers are three to four times more likely to hit pedestrians while turning than drivers of smaller cars. Since 2018, there’s been an 81% increase in pedestrians killed by SUVs. These studies accounted for a wide range of systemic factors such as age, gender, urban or rural environment, and the design of streets and roadways where accidents occurred.

In other words, the problem in these studies wasn’t the drivers – it was the cars. Specifically, their blind spots.

It’s no secret that Americans love SUVs and pick-ups. From Alaska to Colorado to Wyoming, Ford’s F-Series pick-up trucks are the most popular vehicles in 19 states.

Large cars have a slew of benefits that make them attractive to drivers. SUVs and vans can fit lots of passengers comfortably. Pick-up trucks are the modern workhorse, built for hauling cargo and operating in rugged terrain.

But larger vehicles also come with downsides – such as larger blind spots. On SUVs and pick-up trucks, blind spots can extend over a dozen feet in front of the vehicle. According to one study, nine children can sit in front of a larger SUV before the driver can see the top of a single child’s head.

Those bigger car blind spots have contributed to dozens of tragic accidents. An NBC News analysis of federal crash data found that 64 children died in 2016 after being hit by a forward-moving vehicle off of public roads – often, when a parent or other adult was moving a larger vehicle and couldn’t see a child in front of it.

Between 2016 and 2020, an estimated 744 children died in such accidents. Data shows that estimated deaths from forward-moving vehicles outpace backward-moving vehicle deaths – and the gap keeps widening. As a result, advocates and safety experts across the country have spoken out, pushing for safer designs and smaller blind spots on large vehicles.

On October 24th, 2022, Senator Richard Blumenthal (D-Conn.) announced legislation that would make front blind zone safety features mandatory for all motor vehicles. “Safety should not be a matter of affordability, safety ought to be standard, and these devices can save kids’ lives… we ought to require them,” Blumenthal stated.

The senator is part of a larger movement encouraging automakers to incorporate more safety features across all vehicles. If his legislation passes, it would dramatically impact how automakers design and manufacture SUVs, pick-up trucks, and passenger vehicles alike. It would probably also help prevent tragic blind spot accidents.

But passing the legislation is only half the battle. When Congress passed a law to improve rear car blind spot safety features in vehicles, automakers took over a decade to fully incorporate those regulations into vehicles.

In the U.S., the average car is over a decade old. Even if Blumenthal’s legislation passes, it could take decades before most Americans driving larger vehicles have cars equipped with mandatory front blind spot safety features or safer designs.

How Can I Make Driving in a Large Car Safer?

If you own or are considering purchasing a larger car, you may be asking yourself – how can I make driving my vehicle safer? Here are some recommendations:

Taking the right safety precautions can help you avoid accidents – on or off the road – and give you valuable peace of mind. We’ll continue to update this story as Senator Blumenthal’s legislation runs up against the government.