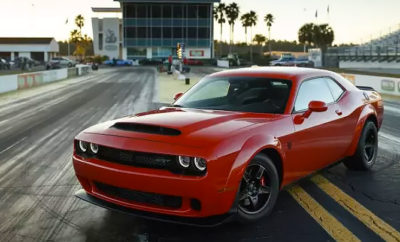 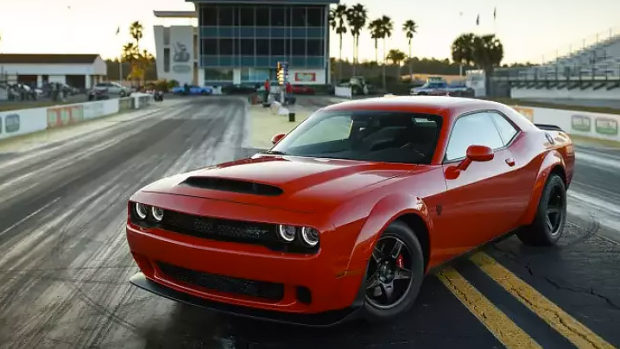 Dodge produced their modern interpretations of the Charger and Challenger back in 2008. The SRT Hellcat followed in 2014 with 707 HP, then the Challenger SRT Demon in 2017 with 840 horses. A 6.2-liter HEMI V8 engine was the core and would be moving forward if it wasn’t for the oncoming wave of electric. Thus, the Hemi era needs to go out with more than a bang, which will be in the form of a limited edition version of the SRT Demon.

Back in 2017, the SRT Demon wasn’t just about raw horsepower levels, it was the first street-legal production vehicle to run on 100+ unleaded high-octane fuel. Other outlandish headlines include the first production car to launch with a wheelie, fitted with drag radial tires, optional passenger seating, and a 0-60mph time of 2.3 seconds. Not to mention the largest functional hood scoop. Now, an even more insane version of the Demon is to hit the shelves as a possible last swansong.

What we know so far…

The new limited edition beast is predicted to run on ethanol(E85), which is usually used for dragsters and the like. While there are no official power levels released at this time, it should be good for at least 850+ HP, maybe even 900 HP.

Dodge also trademarked recently the ‘Tomahawk‘ name which could be a possible moniker for the new model.

While this new model needs to be the best yet, it still doesn’t want to tread on the toes of existing Demon owners. However, if this is to be the last fully-fledged, ICE Hemi-powered muscle car, then just for the fans alone, it should be as ridiculous as possible. A reluctant farewell, but it is a position Dodge can’t ignore, so why not go out with a very large bang.