Car Deals Near You > Research > car cost > When will car prices go down? Used car prices drop, new car prices… do not 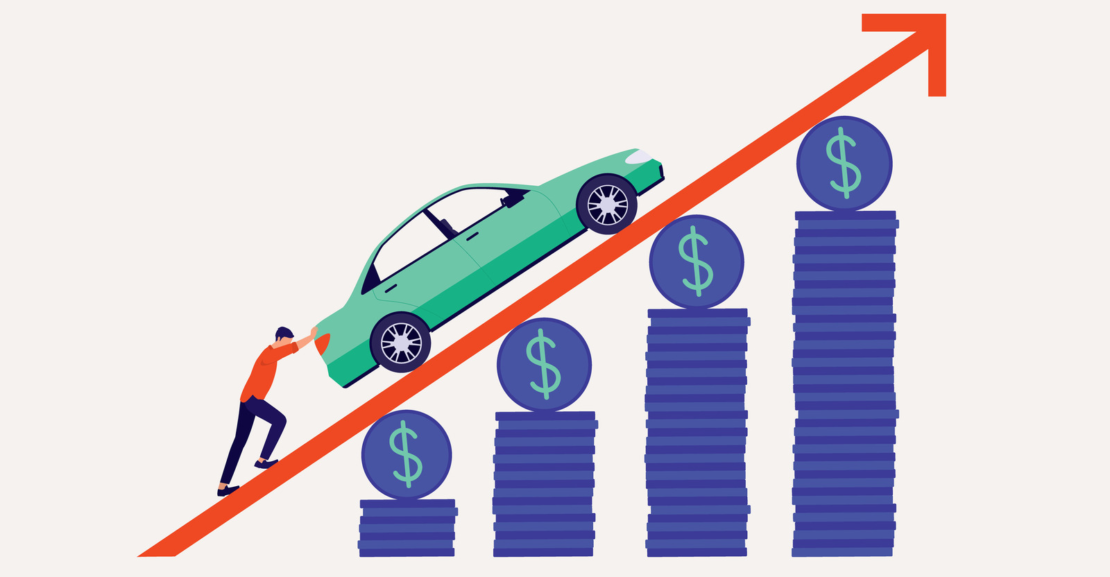 Rising gas and car prices have been a topic of conversation for months, long before debates over whether the U.S. is in a recession was trending news. In many ways, the auto industry heralded the economic instability the country now faces. Now, consumers across the country are wondering – why are gas prices so high? Will car prices go down? Today, we take a look at the U.S. economy and explore potential answers.

Is the U.S. in a Recession?

To understand whether car and/or gas prices will drop anytime soon, we need to understand the current state of the U.S. economy. Many economists define a recession as two consecutive quarters of negative gross domestic product (GDP). By that definition, the U.S. entered a recession during the summer, after negative GDP in Quarters 1 and 2 of 2022.

However, the National Bureau of Economic Research (NBER) defines a recession differently, as a “significant decline in economic activity that is spread across the economy and that lasts more than a few months.” By that definition, the U.S. isn’t in a recession (yet), mostly due to relatively low unemployment and continually growing corporate earnings.

Looking ahead, economists predict that GDP could grow by 2.7% in Quarter 3, which would help assuage fears of a recession. Ultimately, regardless of semantics, the U.S. economy has contracted in recent months. That contraction, coupled with high inflation, has negatively impacted consumers across the country.

Why Is Inflation so High?

The war between Russia and Ukraine only exacerbated those production difficulties. As the conflict impacts both nations’ production, imports, and exports, countries and corporations must turn elsewhere – often for more money – for resources previously secured from Eastern Europe.

How Can the U.S. Government Prevent a Recession?

While increasing interest rates has helped lower inflation in the past, it can also accelerate economic contractions. The Fed has to play out a balancing act to lower inflation without worsening a potential recession – only time will tell if they can do so successfully.

With the current economic climate summarized, let’s look at car and gas prices – and whether either will decrease in the near future.

The factors plaguing other sectors of the economy – such as supply chain issues and semiconductor chip shortages (read more about that here) – have also negatively impacted auto production. As a result, automakers have significantly slowed production – right as people started to hit the road again at the end of COVID-19 lockdowns and stay-at-home orders.

When demand outpaces supply, the result is usually higher prices, and the auto industry is no different. Dealers can (and are) hiking prices higher than ever – especially for new cars. As more buyers get pushed out of the new car market, they turn to used cars, in turn driving up prices in that market – albeit less severely.

Why Are Gas Prices so High?

After a drop in demand for gas during the COVID-19 pandemic, producers have been hesitant to increase production even as more people get on the road – resulting in gas shortages. Russia’s war with Ukraine exacerbated that supply shortage, increasing the cost per gallon of gas by an average of $1.70 at its highest.

Will Car Prices Go Down in A Recession?

Yes and no. While experts expect new car prices to remain high into 2023, used car prices have already started to drop – and that trend will probably continue.

Here’s the long and short of it. During recessions, an excess supply of vehicles usually provokes lower costs. However, that’s not the case now – as we noted earlier, right now there’s a supply shortage for new cars. As a result, dealers may keep car prices high – even if the economy retracts.

However, the future of used car prices looks brighter. As automakers ramp up production and demand lessens for new cars, used cars become more affordable. Used car prices have decreased for the past five months, and experts expect that trend to continue.

When Will Gas Prices Drop?

Gas prices have already started to fall and could be under $3 a gallon by late October 2022. Although West Coast refinery shutdowns caused California gas prices to surge recently, the price of gas across the U.S. has continued to trend downward recently.

The Biden Administration has released up to 1 million barrels of oil a day from the U.S. Strategic Petroleum Reserve to lower prices. Those efforts, compounded with exploring other avenues of oil production, decreased demand for gas from consumers, and lower costs for winter gas blends, have all decreased the cost of filling up your tank.