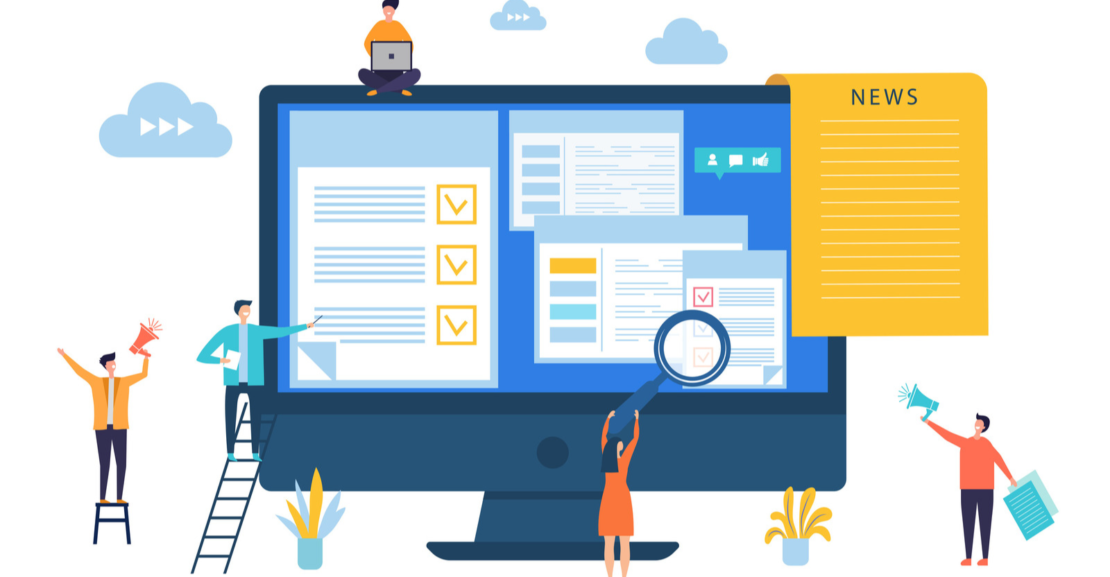 As we head into November, let’s take a moment to look back and reflect on the most important auto industry news from October with this monthly recap. From the dissolution of Argo AI to major shakeups in the electric vehicle (EV) market, there’s a lot to cover in this breakdown – so let’s get started.

Just a couple of years ago, Argo AI was all over auto industry news headlines – a startup on a mission to craft “self-driving products and services to make the world’s streets and roadways safe, accessible, and useful for all.” That sounds like a lofty goal because it is, but automakers saw promise in the endeavor. As a result, Argo pulled in over $3.6 billion in investments, primarily from Ford and Volkswagen (VW).

The startup’s success was, unfortunately, short-lived. At the end of October 2022, Argo AI leaders announced the company’s shutdown, offering severance to employees and informing them that some would receive offers from Ford and VW.

The Good: Argo’s AI technology is far from lost. Ford and VW will continue to take advantage of the company’s progress, and the Argo employees leaving to these automakers can help them integrate the tech more easily.

The Bad: Self-driving technology still has a long way to go, and Ford lost big on its investment in Argo AI. The company announced a third-quarter loss of $827 million, stating that Argo AI’s shutdown was largely to blame. Ford CFO John Lawler recently said that self-driving technology could be “five-plus years away,” and Argo’s dissolution certainly won’t shorten that timeline.

While many automakers (such as Acura, Honda, and Genesis) continued to see lower sales, others, including Toyota, Hyundai, and Kia, saw increased new car sales in October 2022. Auto industry news sources reported that Toyota sales went up 28%, Hyundai sales grew by 7%, and Kia saw a 12% sales increase.

Meanwhile, used car sales are expected to either hold or increase. Industry experts don’t expect new car prices to decline, but do predict that used car prices will continue to drop – as they have for the past five months.

The Good: While new car sales and prices still have a ways to go before most automakers are happy with them, those numbers are going up for many manufacturers. Additionally, continued price de-escalation in the used car market should help used car sales stay strong – and help consumers who need a new vehicle get one.

The Bad: Although automakers are steadily increasing vehicle inventories, supply shortages worldwide continue to negatively impact the capability of automakers to produce enough cars to meet demand. While these recent numbers are a positive indicator, prospective new car buyers are still in for a wait if they want to see increased inventory and decreased prices before buying.

The Why: Earlier last month, we wrote about the current state of the new and used car markets, as well as the U.S. economy at large. Long story short, supply shortages make it more difficult for automakers to produce vehicles, driving up new car prices as demand surges and supply shrinks. Meanwhile, increased inflation makes it more difficult for consumers to justify paying those increased prices – but lowering them is a risky game for automakers. As a result, new and used car prices have remained high throughout much of 2022, although used car prices have steadily fallen recently. Now, as supply shortages correct themselves and automakers expand inventories, prices may start to fall, increasing new and used car sales.

Like California, the EU plans to stop selling new diesel and gasoline cars and vans by 2035. However, lithium – a key component in EVs – is in short supply. In fact, the U.S. only has one lithium producer – Silver Peak.

Imerys, a mover and shaker in the minerals industry, plans to fill that same role for Europe. The corporation recently released a statement announcing plans to build a lithium-extraction project in central France, announcing that it would produce enough lithium to “equip approximately 700,000 electric vehicles per year.”

The Good: Increased lithium production could help the EU successfully transition to selling only zero-emission vehicles by 2035. Hitting that goal would positively impact the environment and encourage automakers to continue developing EVs.

The Bad: It’s hard to find a negative here.

The Why: The war between Russia and Ukraine destabilized supply chains worldwide, highlighting the need for more redundant and local suppliers in many markets. While the EU relies on China for most of its lithium, a desire to source more resources locally and the commitment of automakers to invest heavily in EV development likely informed Imerys’ decision.

In late September 2022, Toyota CEO Akio Toyoda stated his concerns that other automakers were being too aggressive in their commitments to increased EV production. Toyoda cited that the massive supply chain overhauls needed to make producing EVs easier could make transitioning away from fossil fuels more difficult than anticipated.

However, a recent Reuters auto industry news report implied that Toyoda might be reconsidering. A full review of Toyota’s EV strategy is apparently underway, with an aim at improving Toyota’s EV offerings. Meanwhile, BMW announced plans to invest $1.7 billion in EV production in the U.S., mimicking other automakers that have reiterated their desire to ramp up zero-emission vehicle production drastically in coming years.

The Good: Investing in new EV production won’t just benefit the environment (if done well). It could also lead to increased investments in other emergent technologies like advanced driver assistance systems, increasing vehicle safety. Ramped-up EV production may also help the EU and several U.S. states, such as California, achieve a desired stop date for the sale of gas vehicles by 2035.

The Bad: Although the transition to zero-emission vehicles is mostly positive, it may also cost the auto repair industry a lot of money – and jobs. EVs tend to require fewer repairs overall, and knowledge gained from working on gas vehicles isn’t always transferable to EV repairs. As a result, governments will need to invest heavily in training and providing new opportunities to auto technicians to counteract the industry impact.

The Why: As we wrote earlier, the EU and some U.S. states have committed to halting the sale of non-zero emission vehicles by 2035. That’s an aggressive goal, but the presence of players like California (the largest vehicle buyer in the U.S.) has encouraged automakers to commit resources to achieve it.